There’s no shortage of movies where the mature male star’s romantic counterpart is played by an actress who is decades his junior, while women in his own age bracket are noticeably absent from the picture. In Hollywood and in real life, women of a certain age tend to be ignored, leading to feelings of decreased self-worth or irrelevance. That lack of visibility is a social phenomenon known as the Invisible Woman Syndrome, and it’s a cliché that’s unfortunately not limited to the world of romcoms.

Invisible Woman Syndrome is described as a feeling of not being seen, one that’s particularly felt by women as they enter middle age. It’s a state of mind and no one should be allowed to make us feel less than. It could surface as an actress no longer being offered roles as a romantic lead or – in the real world – as a woman struggling to get a job interview. It can also manifest in day-to-day representation, where women are absent from spaces, like a widow or divorcée who is no longer invited to social events in the absence of a partner, or on television, where newscasters are routinely aged out of their hosting duties.

In short, it’s any woman who feels that her social value has diminished because of her age. And it’s deeply rooted in sexism: In a patriarchal world, women are valued for their physical appearance and youthful appeal. Being ignored or overlooked in social settings can lead to feelings of invisibility or irrelevance as one matures.

What’s important in negating these feelings of irrelevance or undesirability is taking ownership of your outlook, viewing yourself not simply an object in relation to others but as a defined subject. In contrast with objectification, where you feel your loss of desirability in the eyes of others, a subject has agency, awareness and impact, refusing to become invisible. Think: main-character energy, an outlook popular amongst Millennials and Gen Z that encourages viewing yourself as the protagonist in your own life story and focusing on actualizing your “best self”. This includes choosing decisions that add joy to your sense of self and bidding adieu to wasting time on the actions and situations that don’t prioritize your personal needs. 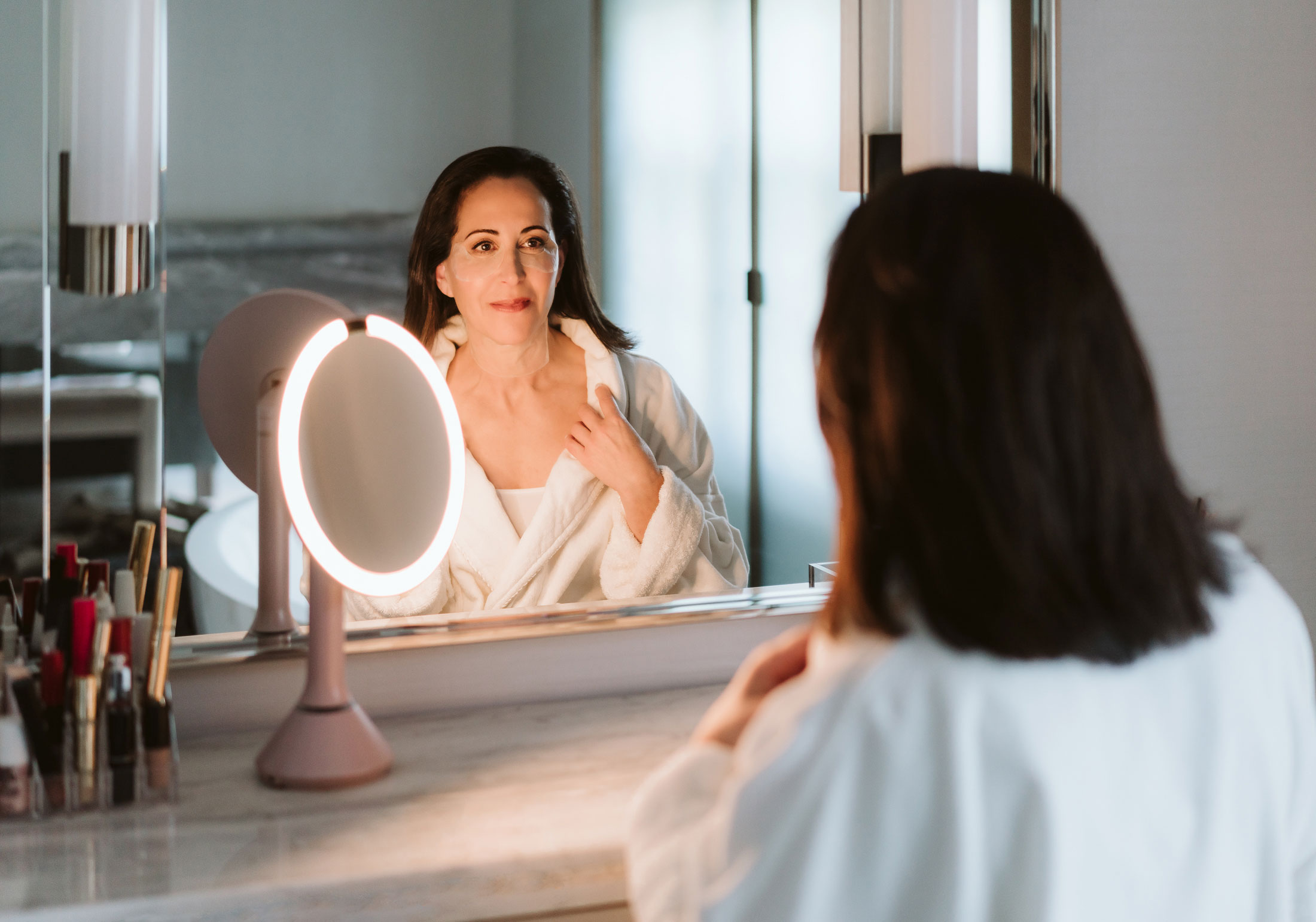 It can also involve taking a pro-aging attitude, an outlook rooted in radical self-acceptance that involves wholeheartedly embracing who you are in this moment and how you got there. It’s about taking ownership of visual changes in our identity, like well-earned fine lines and wrinkles, or letting our hair go grey with confidence, like Canadian news anchor Lisa LaFlamme did before she was unceremoniously let go from her job at CTV. And it’s also about the enjoying the emotional evolution that comes with age, like a newfound sense of maturity and letting go of the things that used to take up unnecessary space in our lives.

Aging can be a challenging time in one's life, but with it comes some very deep wisdom about reclaiming your power and enjoying life with confidence at any age. Click To Tweet